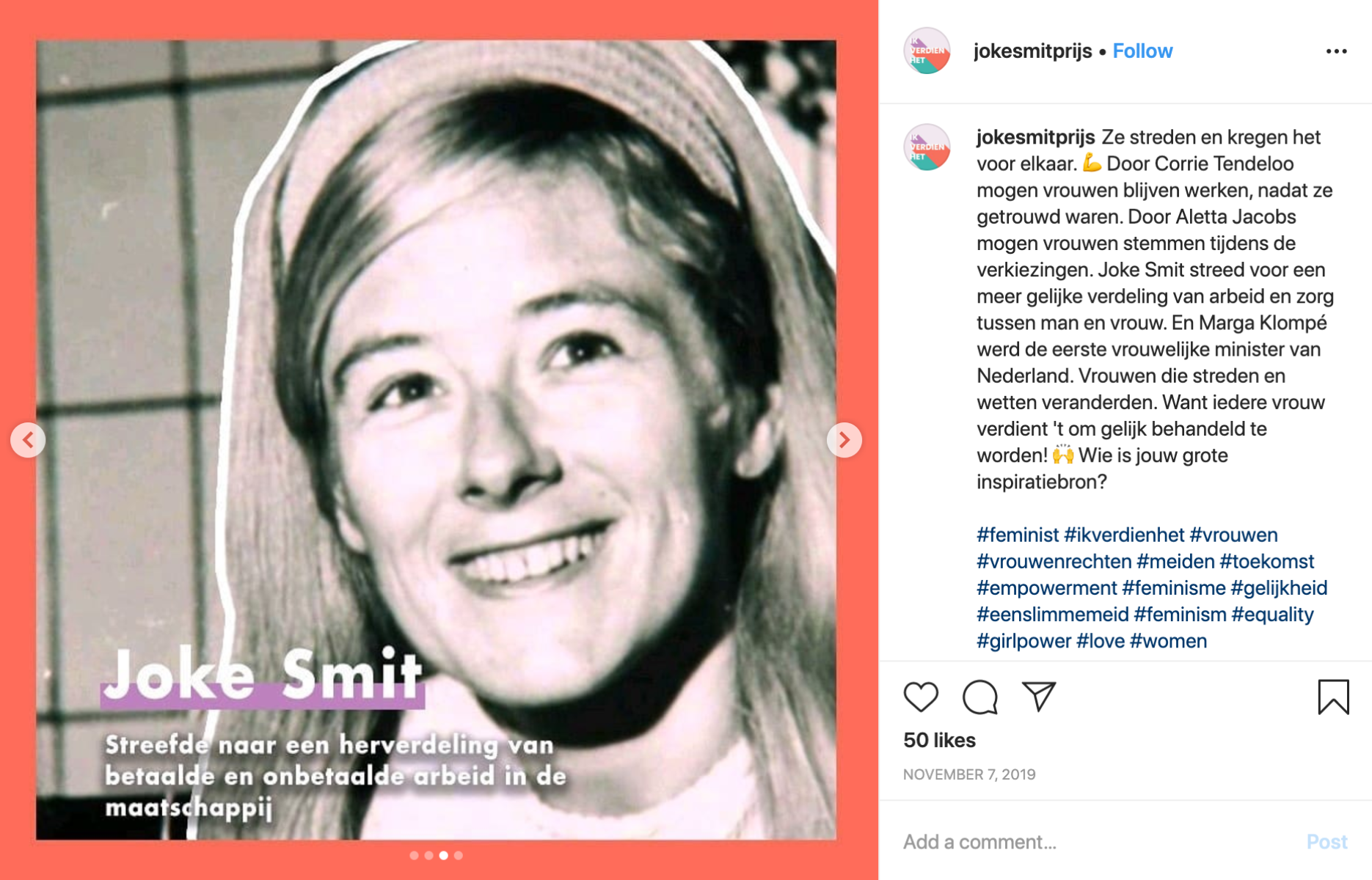 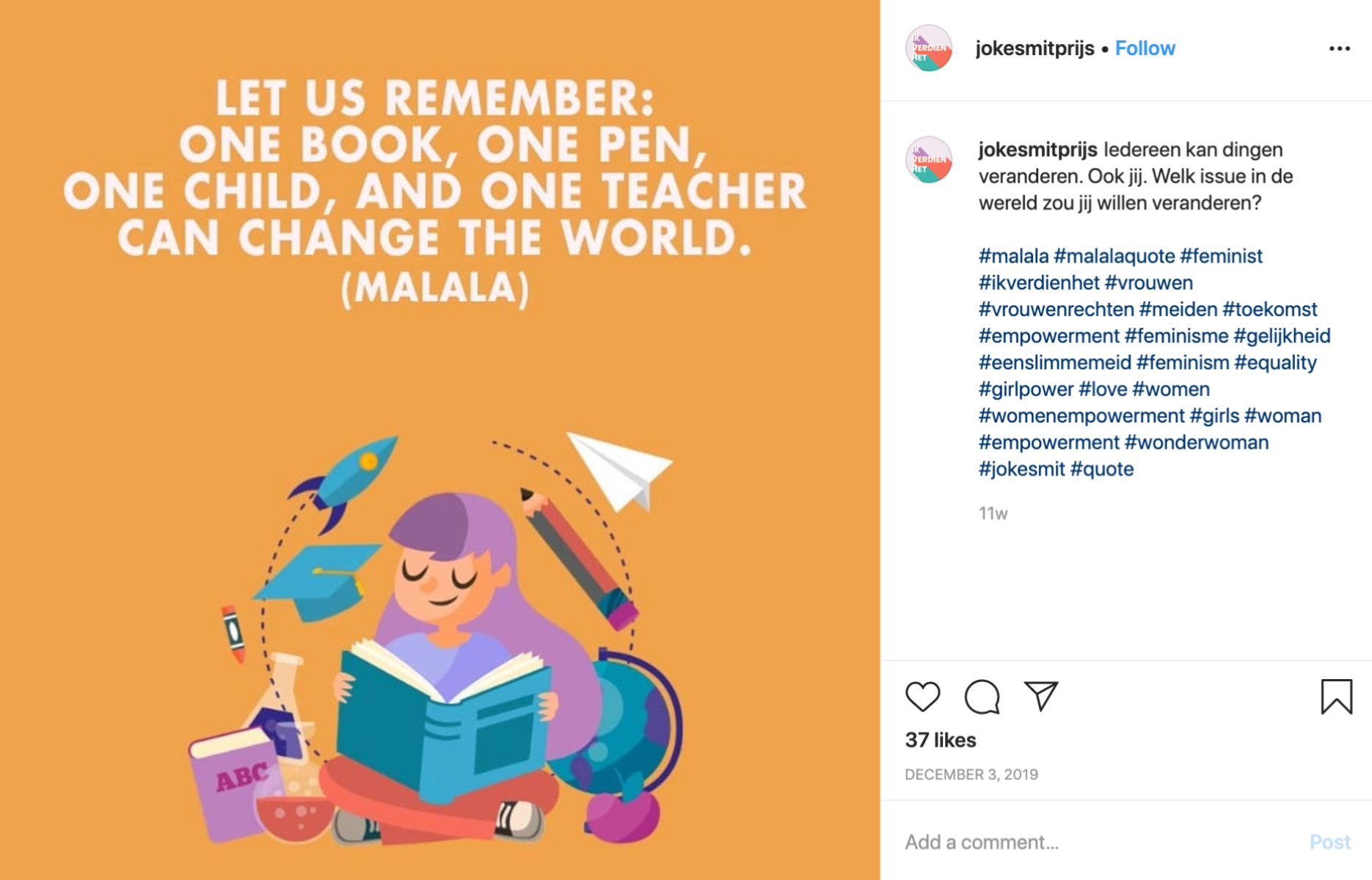 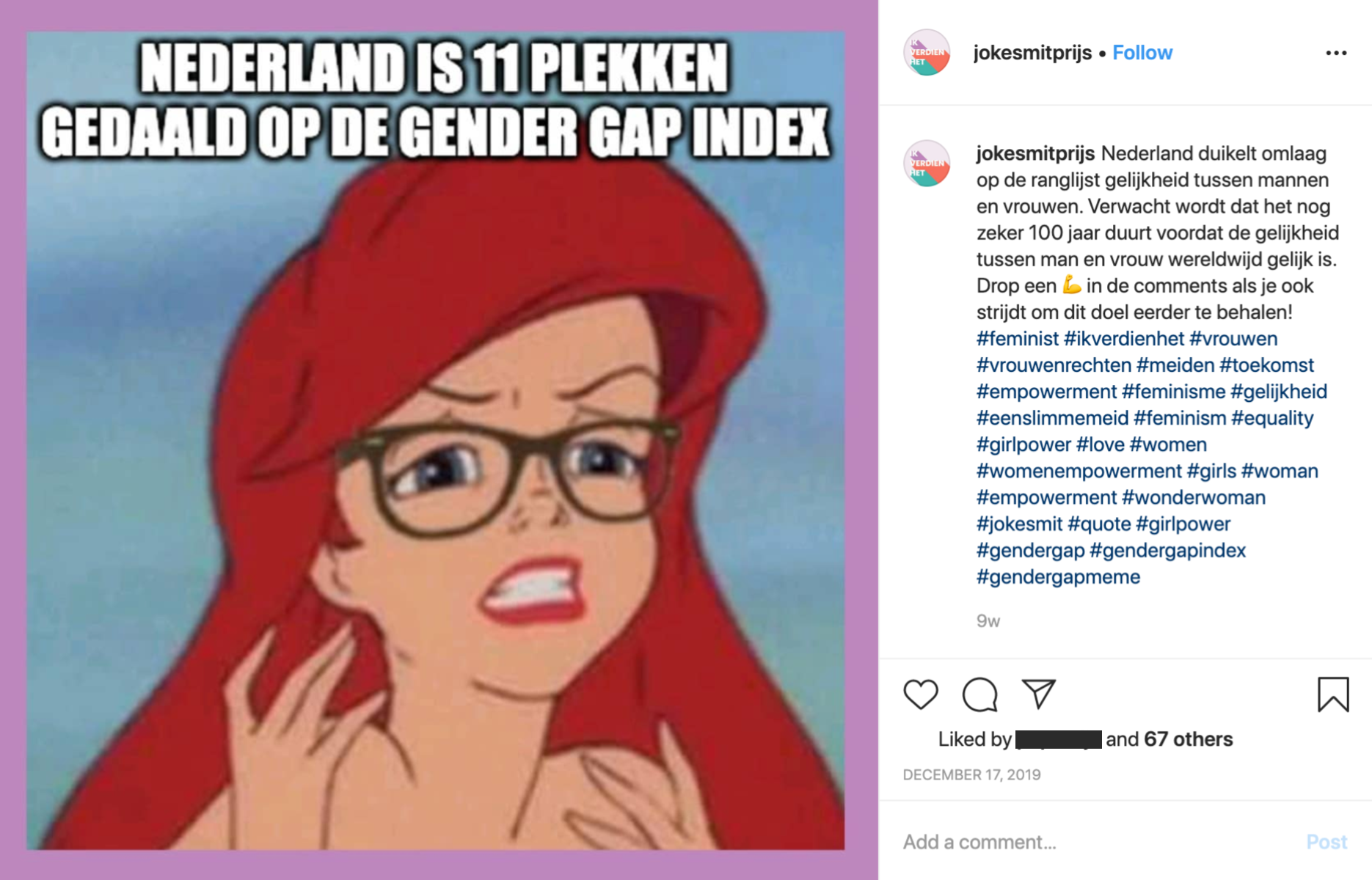 The emancipation of the woman is still an important topic during this 21st century. Fortunately, there are many people, groups and bodies in the Netherlands, who are committed to these interests.

To encourage these initiatives, the Ministry of Education Culture and Science awards the Joke Smit Award every two years. and 3sixtyfive was happy to help!

The main goal this year, was to generate more attention for emancipation amongst young women between the ages of 16 and 25, with ‘financial independence’ as this year’s main topic. In the run to the event, which took place on the 16th of December 2019, Communication and events agency EastSide, contacted 3sixtyfive to develop and realize a content strategy.

In order to generate even more visibility, we also linked influencers to the Joke Smit Award.

The Joke Smit Award got a new corporate identity. A style that suits the young target audience and fits perfectly with the new logo that we developed. In order to set up an successful content strategy, we entered the world of the best feminist memes, current events and controversial facts about the wage gaps. In the meantime, we also started looking for influencers, who seamlessly connected with the themes of feminism and financial independence. The big ceremony on the 16th of December, was hosted by Yara Michels. In addition, influencers Ginny Ranu and LexEmpress helped shaping the program in terms of content.

Our goal was to reach as many young woman between the age of 16 and 25 as possible through Instagram. We have exceeded the KPI for organic growth by +40% and the engagement rate of the account was also exceptionally high with 16,8%. The content was very popular amongst the target audience. The Joke Smit award account has grown into a colorful platform where various young woman can show their commitment for a strong feminist position.

emancipation, instagram, instagramcase, Joke Smit award, social, socialmedia
We use cookies on our website to give you the most relevant experience by remembering your preferences and repeat visits. By clicking “Accept”, you consent to the use of ALL the cookies.
Cookie settingsACCEPT
Manage consent