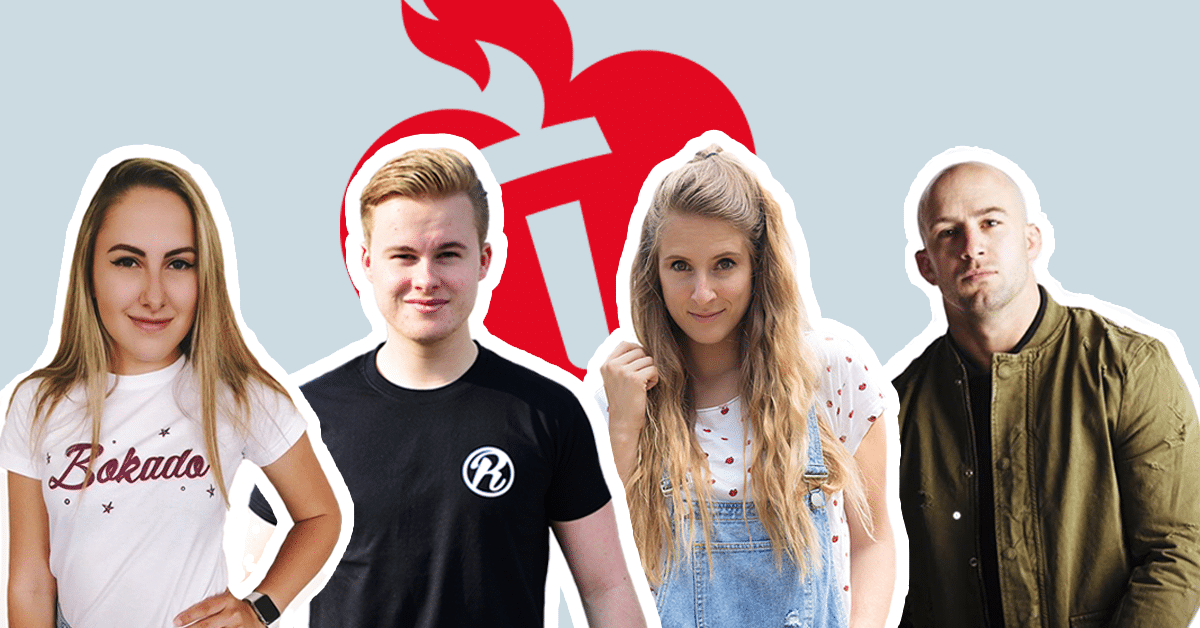 De Hartstichting’ introduced new ways to raise money: now it’s possible to collect money by using a smartphone. To reach a younger target audience, we cooperated with influencers who created a credible brand awareness. All of them shared the same goal: raising as much as they can for charity. This year’s goal was to provide (public access to) more automated external defibrillators (AED).

We identified the influencers on the basis of various themes like lifestyle, gaming, mommy and sports. Ultimately. four themes of three inlfuencers were put together, including YouTubers Royalistiq, Jay Jay Boske, Alboe, Bokado and Thomas Cox. To further involve them in this campaign, they have followed an AED course. Currenty there are too few public accessible AEDs in the Netherlands: an important theme for this campaign. The influencers asked their fans to take part in their team and register as a mobile collector. This was the first time for ‘De Hartstichting’ to collect though the popular app Tikkie. “I was honored when they asked me for this campaign. Such a charity motivates me to get everything out of life because I have heard some shocking figures. My team and I will do our utmost to make everyone aware of this necessity. ”- Aimée van der Pijl

With Heart for Heart we reached a considerably large part of the younger target group. The ability to collect via Tikkie was received positively by both the influencers as their followers. The good Engagement Rate of 6% (YouTube) and 17% (Instagram) is just the beginning.

hart, hartstichting, hartvoorhart, influencers
We use cookies on our website to give you the most relevant experience by remembering your preferences and repeat visits. By clicking “Accept”, you consent to the use of ALL the cookies.
Cookie settingsACCEPT
Manage consent